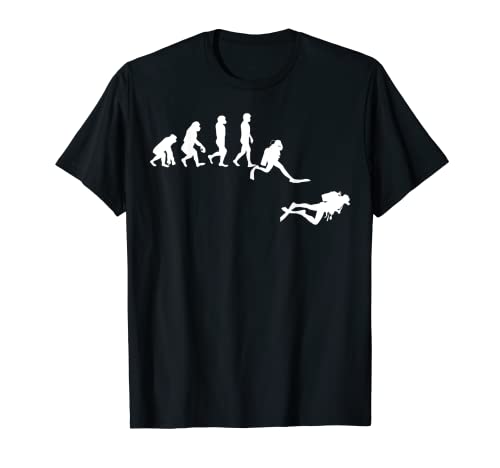 This t-shirt for scuba divers takes on the familiar March of Progress image originally published in 1965 to show the progression of 25 million years of human evolution. Typically, the illustration shows a primate walking on all fours progressing to an ape-like figure walking upright, and each subsequent image shows a figure that looks more and more like homo sapiens.

In this case, the final two images in the progression depict scuba divers in silhouette form. The last image is of a scuba diver horizontal in the water, which is preceded by the silhouette of a diver performing a giant stride water entry.

This all-white silhouette design looks great on a black tee, as shown here, or get this in a variety of different color options. This top can be purchased in a comfortable unisex cut as shown, or get a cut for women or youth. 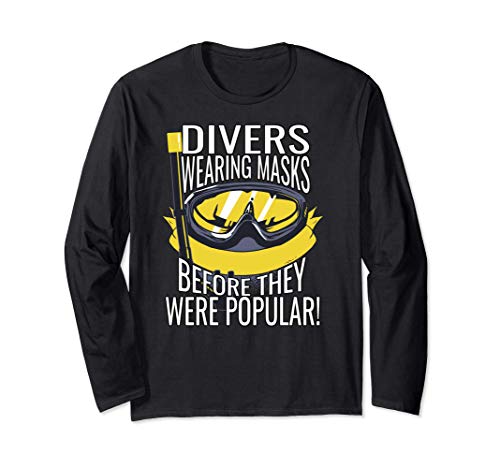 There are different kinds of masks, though since we've all been through a once-in-a-lifetime pandemic, one's thoughts might first turn to surgical or medical masks worn over the nose and mouth when coming across the term "mask". But there are other masks, and the most important one to scuba... 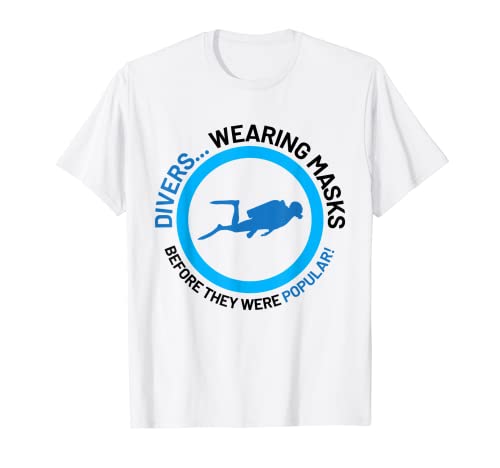 This graphic t-shirt for scuba divers features a blue silhouette of a diver swimming underwater within a blue circle. Text around the graphic evokes a theme we've all grown accustomed to over the last couple of years: mask-wearing. The phrase reads Divers... Wearing MasksBefore They Were Popular! Of...

All of the products featuring our exclusive in-house designs are made to order using the print-on-demand technology of our partners Zazzle and CafePress. Each time a partner receives an order from this shop, the production facility jumps into action to produce and ship your high-quality finished product.

This site is a member of several different online affiliate programs. Gifts for Scuba Divers is a participant in the Amazon Services LLC Associates Program, an affiliate advertising program designed to provide a means for sites to earn advertising fees by linking to products for sale on Amazon.com. If you purchase something from a link posted on this site, we may receive a small percentage of the sale at no extra cost to you.